Manaka Ranaka (born 6 April 1979) is a South African actress who is popular for her role as Lucy Diale, mother of Namhla Diale in Generations: The Legacy.

She is the sister of the South African Radio Deejay, Actress and Tv Presenter Dineo Ranaka. 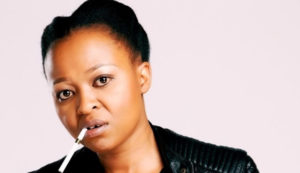 She was born on the 6th of April 1979 in the township of Soweto in Johannesburg in the Gauteng province. As of 2021, she is 42 years old and celebrates her birthday on April 6th every year.

She has two daughters. Her little sister is the famed radio DJ and television personality Dineo Ranaka; and lesser-known sister, Nompumelelo “Mpumi” Ranaka-Malchartzeck.

As of today, she has no husband. She actually dated Thabo Monareng for a while.

She has an estimated net worth of $100,000 to $1 million which she has earned from acting.

Drop your queries regarding Manaka Ranaka Biography below in the comment box.