Evan Botha rose to prominence due to a positive test for anabolic steroids in January 2008, following the Pro D2 Aurillac-Toulon match, for which he was initially suspended for two years.

The South African second line finally saw its suspension reduced to 6 months after explaining that it had used a product against baldness containing a substance also used to mask steroids.

The anti-doping commission having taken into account his good faith, he was able to replay as of October 31, 2008. He played at Section Paloise between 2009 and 2012 but played very little due to numerous injuries. 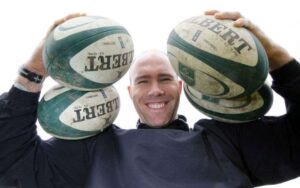 Drop your queries regarding Evan Botha Biography below in the comment box.