Macebo Twalo (born 19 May 1974) is a South African actor known for his role as Ding Ding, a taxi operator, in the Mzansi Magic soap opera isiBaya. 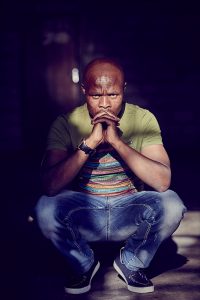 Twalo scored his first leading part on television in 2016 when he was cast as Flash in the e.tv drama series Heist, where he played the get-away driver with mad driving skills dubbed as the “Houdini of the Township” since no one can ever catch him. It was the first time Macebo Twalo was given credit.

He had a brief role in the SABC1 AIDS drama Soul City’s eleventh season, and he appeared in several cameos on the SABC1 thriller Thola, about a woman who watches her life collapse while fighting for truth and justice.

Drop your queries regarding Macebo Twalo Biography below in the comment box.