Kid Tini (born 1998) whose real name is Phiwe Unami is a fast-rising South Africa Rap and Hip-hop artist. He is well-known for his catchy hooks and skillful lyricism.

Kid Tini just like Blaq Diamond is currently signed to Ambitiouz Entertainment and has released very nice hits since making his way into the South African music industry.

One of his singles titled “Cinga” single, which talked on issues of Depression, Rape, Abortion, has a lot of views and streams. 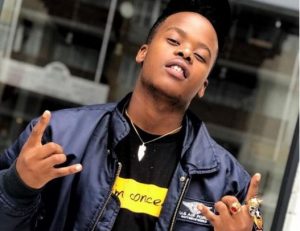 He has an estimated net worth of around $50,000 which he has earned as a musician.