DJ Ph, (born December 1983) is a South African disc jockey, music producer, and radio presenter. He is a co-presenter on Metro FM’s Cruise Control which airs between 1:00 pm – 3:00 pm every Saturday. 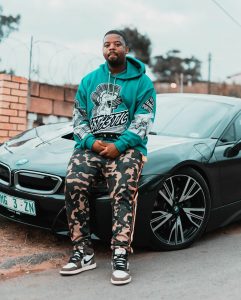 He is the last child of four children. He went to high school in an all-boys school and studied marketing in the university.

While in school, he engaged in sports like rugby, tennis, and swimming. He was also a breakdancer. His interest in being a DJ was ignited when he watched DJ Fresh play at a local club during the Grahamstown Arts Festival.

Welcome To My Bus Tracklist