Karabo Maseko (born 27 June 1995) is a South African actor known for his role as Neo on the e.tv telenovela Isipho. 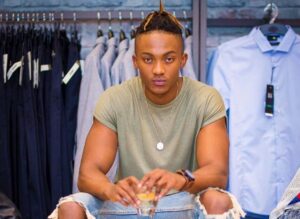 In May 2015, he joined e.tv as a presenter for their youth programming block Craz-e and co-presenting shows such as Sistahood, Shiz Niz, Frenzy and Craz-e World Live.

He then debuted on the SABC1 soapie Generations: The Legacy playing the role of Luyolo, a Rastafarian medical school graduate who meets Lesedi (Luyanda Mzazi) at a club and goes on to become her first love interest since Jerah (Paballo Mavundla)  – the father of her son.

He has an estimated net worth of around $80,000 which he has earned as an actor.

Drop your queries regarding Karabo Maseko Biography below in the comment box.