Joseph Tshepo Senatle (born 9 May 1997) is a South African actor best known for playing the role of Koloi on SABC 1’s Skeem Saam. 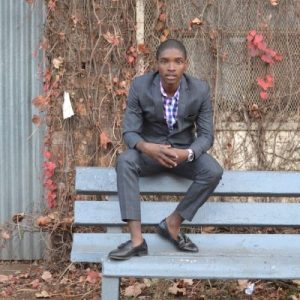 From first to third grade, he attended Dumisang Primary School. He and his mother moved to Winterton for a few years before returning to Ottosdal to finish his high school education at Realeka Secondary School.

He acquired a job at a body shop after a few months of looking for work, and he landed a fantastic opportunity to be an extra on Skeem Saam.

To augment his income, Senatle began working at Montecasino in Fourways. Opportunities began to present themselves, and he went on to appear as an extra on several more shows, including Mzansi Magic’s Isibaya.

He has an estimated net worth of$50,000 which he has earned as an actor.

Drop your queries regarding Joseph Tshepo Senatle Biography below in the comment box.