Elton Landrew (born 9 August 1975) is a South African actor best known for his roles in the David Kramer/Taliep Pietersen musicals District Six and Kat and the Kings. 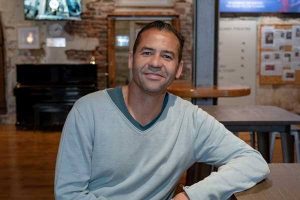 He originally played Young Kat Diamond in Kat and the Kings, touring South Africa, Germany, Austria and Holland. He later played the role of Magoo in the same production. He also had a leading role in District Six: The Musical.

He played the role of Spiro in the SABC2 mini-series Huis van Liefde, in March 2008.

Landrew has an estimated net worth of $600 000 which he has earned from his career as an actor.