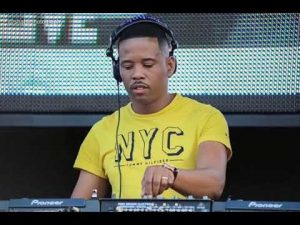 He was born and brought up in the township of Soweto where he started deejaying at a very early age.

He began his career in the early 2000s, performing at local bars and parties, but it wasn’t until 2006 that he was named a contestant on the Mad Half Hour, a feature program on the Joburg-based youth radio station YFM, that he got his big break. Stokie continues to perform regular mixes and sessions for YFM to this day.

DJ Stokie released his debut album, Amapiano Movement, Volume 1, on December 13th, 2019, the first of more episodes to come. DJ Maphrisa, Kabza De Small, De Mthuda, Loxion Deep, Bitter Soul, Masterpiece, Stahndo, Lebo & Killa, and DJ Farmer were among the many artists who contributed to the record. Surprisingly, Jaivane was not included in the playlist.

He has an estimated net worth of $200,000 which he has earned as a DJ and record producer.

Drop your queries regarding DJ Stokie Biography below in the comment box.