DJ Lag (born 1995) is a South African DJ, producer and one of the pioneering creators of Gqom. He is popularly known as the King of Gqom.

In 2019, DJ Lag notably collaborated with Tierra Whack, Beyonce, ,Moonchild Sanelly, Nija, Yemi Alade, and Busiswa on a track called “My Power” on Beyoncé’s record, The Lion King: The Gift. 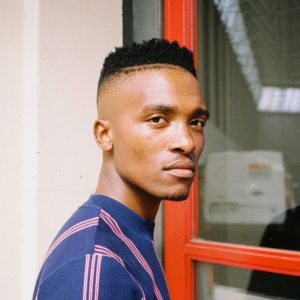 Releasing his first EP on Whatsapp, DJ Lag began is career using methods unorthodox to Western distribution methods common in Gqom’s formative years.Fans signed up on the DJ’s website with the promise that an exclusive EP would be delivered to them via the mobile messaging app free of charge, with the help of Black Major, an artist management agency based in Cape Town.

DJ Lag’s specific style is known to be focused on what local producers dubbed “uthayela” (an isiZulu word for “corrugated iron” which describes the rough timbre and hard bass-lines specifically made for listening to in club settings.

In late 2016 at the age of 21, DJ Lag made his live global debut at the Unsound Festival in Poland and finishing up at Seoul’s Cake Shop nearly a month later. Since then, he’s performed at Afropunk New York City and secured a residency at RinseFM. He also embarked on a four-part worldwide tour called #GqomThePresent and was featured on BBC Radio 1, including shows by Diplo and Benji B, with a BBC Radio 1 Essential Mix set hosted by Pete Tong. DJ Lag was a featured speaker at the 2019 Amsterdam Dance Event (ADE).