Dineo Nchabeleng (born 13 May 1992) is a South African actress who is popular for her role as the teenager Angela Mogale on the SABC1 soap opera Generations.

She attended Alberton Primary and went on to the National School of the Arts, where she majored in music.

After matric, she enrolled at Wits University for a BA degree majoring in politics and international relations. 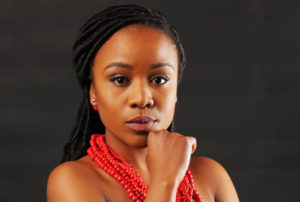 Nobody knows whether she has a boyfriend, husband or whether she is married. She likes to keep her private life away from the spotlight hence details about her are not known.

She is the mother of a baby girl called Gabriella Bohlale, who was born in 2014. Her daughter is currently 5 years old in 2019.

The estimated net worth of this actress is currently unknown. This page will be updated later when we get full information about it.

Drop your queries regarding Dineo Nchabeleng Biography below in the comment box.