Deep Fried Man (born 9 January 1981) whose real name is Daniel Friedman is a South African musical comedian and writer based in Johannesburg. 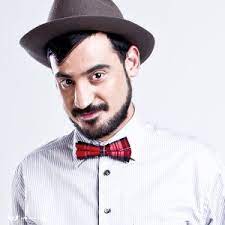 He studied journalism, philosophy, and theater at Rhodes University from 1999 to 2002, earning a Bachelor of Arts degree. In 2010, he also received a Postgraduate Certificate in Education (PGCE) from Wits University.

Prior to becoming a comedian, he performed alternative folk music in Johannesburg. He transitioned to professional comedy after being named joint winner of Joe Parker’s 2010 Comedy Showdown, which allowed him to participate in the 2010 UN Comedy Show alongside top local and foreign comedians.

In January 2011, he was named Best Newcomer at the first Annual South African Comic’s Choice Awards, which were held at the Teatro, Montecasino.

He was named in a list of ten South African comedians using the Facebook website to advertise themselves by Memeburn in 2010, who said he “gets the most of his Facebook following, posting regularly with music, activities, jokes, and pictures” and is a “perfect example of how to use Facebook.”

In 2012, he was named one of the 200 Young South Africans in the Arts & Culture category by the Mail & Guardian.

Drop your queries regarding Deep Fried Man Biography below in the comment box.