He attended Mzomhle High School in Unite 1 of Mdantsane township in the Eastern Cape. Mpofu completed his Bachelor of Procurement studies from the University of Witwatersrand, Johannesburg in Gauteng province in 1998.

In the year 1992, he completed his LLB also from the University of the Witwatersrand in Johannesburg. 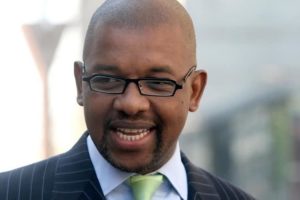 Mpofu has three sons and a daughter. His son, Sizwe Mpofu-Walsh is a South African author, musician and activist.

He got married to Mpumi Nxumalo in 2004. Together, they have four children: Sizwe Mpofu-Walsh, Letsema Mpofu, Mncedisi Mpofu and Zwekazi Mpofu.

» IT Personality of the Year Award, Computer Society of South Africa.
» 2004: Businessperson of the Year, BBQ magazine, Black Business Quarterly.