Tendai Mtawarira (born 1 August 1985) is a professional rugby union player who plays for the South Africa national team and the Sharks in Super Rugby.

He made his debut for the South African national team against Wales on 14 June 2008.

He is the most capped prop in South African history with 114 caps, and the third most-capped Springbok of all time behind Victor Matfield and Bryan Habana. 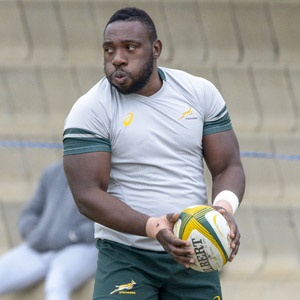 In the year 2018, the highest-paid player was Sharks prop Tendai ‘Beast’ Mtawarira who earned R3 744 796 through his Super Rugby contract.

The 33-year-old loosehead prop is hugely respected not just in South Africa, where he brought up his 100th test for the Springboks in June against England, but around the world after a glittering international rugby career.

His earnings, which exclude winning bonuses, are over double the average season earnings by a South African Super Rugby player.