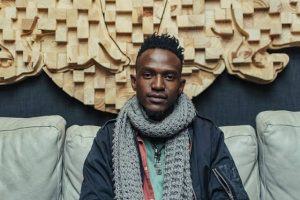 He fell in love with house music when he was in Primary School. He was taught how to DJ by his friend, first with vinyls and was later introduced to CDJs at the age of eighteen after completing his matric.

In 2015, he won the Bridges for Music, CTEMF 2015 Loco Dice Tour by Loco Dice, a DJ mix competition, which takes place around various venues in South Africa. His sigle Falling Again which was released through DHN Records got the recognition from Tim White by featuring his music productions on his mixes. His EP titled Ambition also played a role in his music career, when his single Endless was featured on Vadim Balaev’s DJ Top10 on Resident Advisor.

In 2016, American record producer, Kenny Dope, signed him under his record label, Dopewax. Under Dopewax Cornelius released his single Heaven, which featured Honey Molasses. The single created an international audience for him as he received support from musicians such as Jullian Gomes, MAQman and Tortured Soul.

In 2018, he was selected to participate at the Red Bull Music Academy’s 20th Anniversary in Germany as well as at the Paloma Bar, Berlin, where he headlined the night with music producer Pearson Sound. His remixes have been featured in prominent digital spaces such as Tomorrow land’s Spotify Playlist. In that same year he worked on a project with Stay True Sounds and released his single Feel It featuring South African singer Jackie Queens which was nominated in the 2018 South African Music Awards, Best House Record of the Year and Best EDM Record of the Year. His single Keep Your Mouth Shut has been featured on major local radio stations such as Metro FM, 5FM and The Deeper Shades of House hosted by Lars Behrenroth.

In early 2020, he got signed to Armada Music becoming the first black African artist to sign under the label, and only the fifth in South Africa, joining Goldfish, Goodluck, Kyle Cassim and Protoculture. Under the label he released three single tracks, Diamonds, Faith and Free Your Mind. His single Diamonds charted on the UK’s Music Week top10 Cool Hits and later got recognition from International electronic music artists such as Above & Beyond featured it on their Groove Therapy radio show, Eelke Kleijn’s Days like Nights Radio, Jono Grant’s Anjuna Family Radio, Chicane’s Sun:Sets Show, Maxim Lany’s residency on BBC One, Shane 54’s International Departures and Armada Music’s Radio Show.