Christall Kay (born 21 April 1991) is a South African reality TV star, actress, businesswoman, lawyer, model, as well as a singer that is well known as one of the casts of The Real Housewives of Johannesburg. 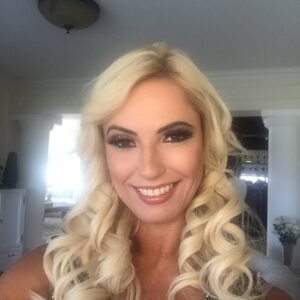 She attended Grosvenor Girls High School and then attained the following certificates and degrees from the listed higher education institutions:

She was married to Eddie Kay for eight years until their separation in May 2019. Together they have one son.

According to her recent statement, she is in love with a UK-born businessman residing in Johannesburg.

She went to New York after completing her studies and spent a total of six months trying to connect and work with some of the city’s local musical talents.

After spending some nice time in New York, she returned to South Africa and joined the Afro-Pop band known as Seed as its lead singer.

In February 2014, she released her first single titled Set Apart. She claimed that the song reached number 55 on the U.S. Top 40.

IT WAS PLAYLISTED ON EVERY RADIO STATION IN EVERY TOWN AND EVERY CITY IN SOUTH AFRICA AND A CALIFORNIAN PROMOTION COMPANY APPROACHED ME TO PROMOTE THE SINGLE THROUGHOUT THE U.S. IT WAS RANKED NO.55 ON THE BILLBOARD AIRPLAY CHARTS.

In the year 2018, Christall was named as part of the original six participants of the first season of the 1Magic docu-reality series, The Real Housewives of Johannesburg.

Drop your queries regarding Christall Kay Biography below in the comment box.