Willard Katsande (born 15 January 1986) is a Zimbabwean-born professional football player, who plays as a midfielder for Premier Soccer League club Kaizer Chiefs and for the Zimbabwe national team. 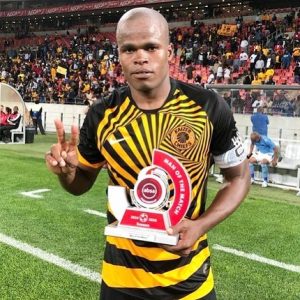 He lost his father in 1996 when he was only ten years old. His mother is still alive and lives in Mutoko. Katsande is the last child of seven children. He has however long,  lost two sisters.

Katsande attended Dangare Primary School before moving on to Sakubva 2 High School for his secondary education.

The Zimbabwean international is married to Memory Dowerowe. They have four children together.

He renewed his contract with Chiefs earlier this season and is believed to be on a R200,000 per month basic salary.

Katsande has an estimated net worth of $5 million dollars. He is known to be amongst the top ten richest Zimbabwean footballers.