Vuyolwethu Zungula was born in Mthatha and raised in Butterworth. He was hand-picked for the African Transformation Movement’s president by the SA Council of Messianic Churches in Christ Leaders.

He really has what it takes to convince the majority of South Africans to place their faith in the African Transformation Movement to put South Africans first. 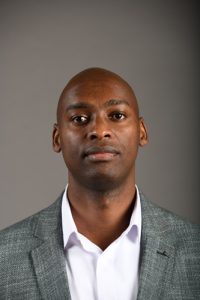 Vuyolethu Zungula took to social media today, 30 March 2020, to state that he viewed the South African Police Service (SAPS) and South African National Defence Force (SANDF) as the enemy of the people during the 21-day nationwide lockdown.

He went on to state, “I have seen quite a few videos and it’s always the black man that is subjected to such brutality.” Zungula shared a series of retweets, in an attempt to reiterate his point, showcasing a number of white families hosting roadside braais on residential streets without any consequences.

The public remained split in response to Zungula’s controversial statements, with many requesting that he uses his platform to enforce the rules, rather than defend the honour of citizens acting outside of the law, irrespective of their race. Others supported his claims, stating that the SAPS and SANDF has consistently treated black citizens poorly, even prior to the lockdown.