Valdo Sithole (born 5 November 2013) is a popular young South African celebrity, artist, and brand influencer who is well known for the content he shares on social media. 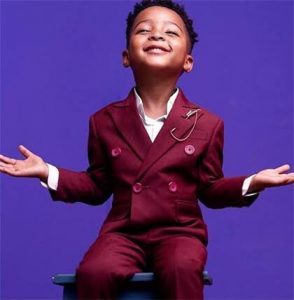 He was born on the 5th of November 2013 in Pretoria, South Africa. As of 2020, he is 7 years old. His father is known as Lindo Sithole who is also a popular influencer.

Valdo, like his father, is also an influencer. He is one of the continent’s most famous children.

He has over 113k Instagram followers, which is very impressive for a seven-year-old child.

Valdo and his father, Lindo, collaborated on the single Ntwana Ntwana, which was released in 2019. His popularity and fan base grew as a result of the song’s success. On YouTube, the song has 1.5 million views.

He has an estimated net worth of $20,000 which he has earned as an influencer.

Drop your queries regarding Valdo Sithole Biography below in the comment box.