Tinashe Nengomasha (born 2 September 1982) is a Zimbabwean professional footballer who plays as a midfielder for Bidvest Wits in the South African Premier Soccer League. 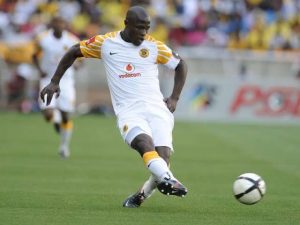 Nengomasha was previously married to Samantha Mtukudzi before their divorce in 2019. They have two children together.

He started his professional football career with Black Aces before joining Kaizer Chiefs in 2002. He spent ten seasons at Kaizer Chiefs then joined Bidvest Wits in 2012.

Nengomasha was also part of the Warriors squad that played in the 2004 AFCON finals for Zimbabwe in Tunisia. His stats reveal that he had 90 caps and scored nine goals in his entire career.