Carla Classen (born 23 May 1993) is a South African actress and artist who is popularly known for her role as Nixie in the 2018 adventure film Stroomop. 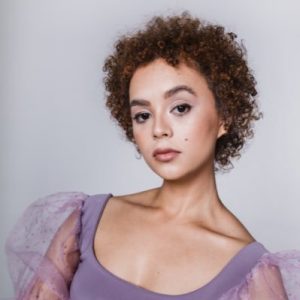 She is currently in a romantic relationship with Sello Mkosi and they have been together for over six years with the hope of getting married very soon.

She had her world premiere at the Theaterformen Theatre Festival in Braunschweig, Germany, in Jade Bower’s Jungfrau.

In 2018, she made her movie debut in the adventure flick Stroomop. Nixie, her character, is an introverted millennial who hides her anguish behind filters and hashtags.

Drop your queries regarding Carla Classen Biography below in the comment box.