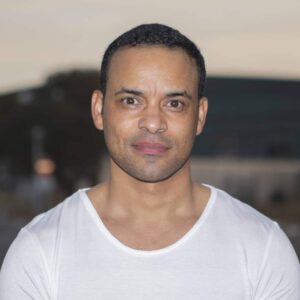 He is an alumnus of Kairos Secondary School where he matriculated in 2002. He proceeded to study theatre at Northlink College in Cape Town and completed his diploma in Performing Arts in 2004.

He is married to Tammy van der Merwe and together they have a son.

Jantjies made his TV debut in the e.tv sitcom Madam and Eve, which was then followed by the e.tv primetime soap, Scandal!.

He had a starring role in the Henry Mylne production of Die Swerfjare van Poppie Nongena, opposite veteran actress Vinette Ebrahim.

He had been working on the SABC2 soap 7de Laan, in which he plays the role of Xander Meintjies since 2008 and left the show in 2020.

He has an estimated net worth of $500,000 which he has earned from his acting career.

Drop your queries regarding Theodore Jantjies Biography below in the comment box.