Vusi Kunene (born 12 April 1966) is a South African actor from Meadowlands, Gauteng, South Africa. He has appeared in over 25 films and TV shows since 1993. 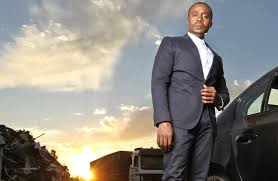 He has an estimated net worth of about $500,000 which he has earned from his successful acting career.

Drop your queries regarding Vusi Kunene Biography below in the comment box.