Luthuli Dlamini (born 12 March 1966) is a South African actor and producer popularly known for playing the role of Stan Nyathi on the e.tv soap opera, Scandal!. 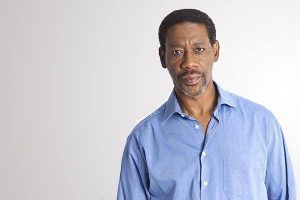 He had his primary education at Carmel Primary School and his secondary education at Christian Brothers College. Dlamini also his A levels in Chemistry, Physics, and Biology at Anderson College.

He graduated from Coventry University with a Bachelor’s Degree in Manufacturing Systems Engineering and Financial Management.

Much details about his wife are not known. He, however, has five beautiful children with his wife.

He made numerous television appearances in shows such as Drum, Snitch, Generations, Isidingo, Justice For All and The Res, before landing the lead role in Scandal!.

He has played the leading role of Tombo Mbuli in the M-Net sitcom The Coconuts, from 2008-2009.

In 2011 he starred in the green consumerism show Greenline, on SABC3.

Dlamini has an estimated net worth of $300 000 which he has made from his career as an actor and producer.