Terry Pheto (born 11 May 1981) is a popular South African actress and producer who is well-known for her role as Miriam in the film Tsotsi. 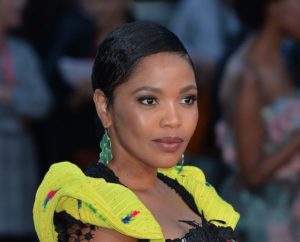 She is said to get married to her fiancé Masande Peter. They will tie the knot in December.

Back in 2009, she started dating DJ Sbu but they later broke up the following year.

It was believed that their break up as a result of DJ Sbu’s ‘bad publicity’ and that it was doing damage to Terry’s L’Oreal ambassadorship and therefore she was instructed to break up with him.

She has an estimated net worth of $1 million to $5 million which she has earned from her acting career.

Drop your queries regarding Terry Pheto Biography below in the comment box.