DJ Shimza (born 15 May 1984 in Tembisa) whose real name is Ashley Raphala is a South African DJ and a great personality in South Africa’s entertainment industry.

He has started a number of great and inspiring works but he is most acclaimed for his first album launched in 2005 titled Shimizu.

DJ Shimza is one of South Africa’s richest DJs also has a large fan base on social media. He has staged performances with several other top South African DJs such as Black Coffee. 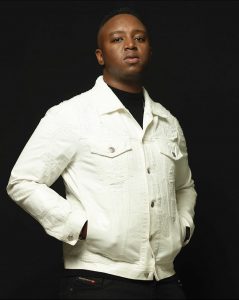 Raphala acquired an interest to venture into House Music as a DJ in 2003. The enthusiasm and passion he had in this field enabled him to steer on to win the Red Square DJ Competition held in 2006.

In addition to winning the Red Square DJ Competition of 2006, Raphala proceeded to win the South African Music Conference DJ Spin off Competition.

Raphala also won the 2011 Gauteng Carnival DJ Competition. This victory was perhaps his most significant win because it gave him so much needed exposure and required start-up equipment to kick off his career.

DJ Shimza’s One Man Show is an event that this clean-cut music producer established to plough back into society by creating awareness of his contributions.

During the 1st annual Spring Festival, Ashley got to perform alongside other talented South African DJs such as Black Coffee.

Raphala plays in the big concerts of South Africa including the Spring Fiesta and YFM gigs alongside DJ Fresh, Black Coffee and Oskido.

Therefore, if you want to listen to DJ Shimza African woman or any of DJ Shimza mix, then attend his events. It is the best platform for you to get the performance of your life from this 35-year-old.

Shimza is presently not in a relationship. He has previously dated K Naomi after the two met on Instagram. They broke things off in 2018.

Shimza said K Naomi wasn’t the only celeb he had dated but didn’t reveal the names of others.

He has an estimated net worth of $1 million to $5 million which he has earned as a DJ.