Shu-Aib Walters (born 26 December 1981) is a South African footballer who plays as a goalkeeper for Ajax Cape Town in the Premier Soccer League.

He is one of the few Muslim players in the PSL and hails from Mowbray. 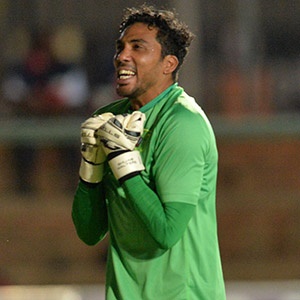 He has an estimated net worth of $70,000 which he has earned as a footballer.