Rosemary Capa is a South African politician who serves as the Deputy Minister of Small Business Development in South Africa. She has served in this position since 30 May 2019.

She has served in the National Assembly since May 2014 as a member of the African National Congress. She led the Portfolio Committee on Social Development from June 2014 to May 2019. 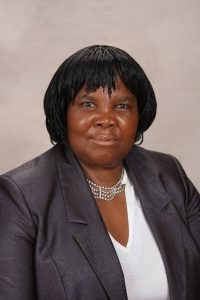 Capa is an African National Congress (ANC) member. Following the general election on May 8, 2014, she was elected to the National Assembly of South Africa. On 21 May 2014, she was sworn into office.

She was re-elected to parliament on 22 May 2019 following the general election on 8 May 2019.On 29 May 2019, president Cyril Ramaphosa named her as Deputy Minister of Small Business Development. Capa was sworn in the following day.