Raven Klaasen (born 16 October 1982) is a professional tennis player from South Africa. His career-high singles ranking is world No. 208, achieved on 24 October 2011. 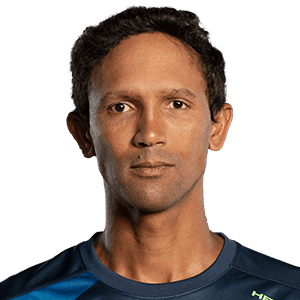 De Kuilen High School is his alma mater. On October 24, 2011, he reached his career-high singles ranking of world No. 208. He has had more success in doubles, including reaching the finals of the 2014 Australian Open with partner Eric Butorac. They beat the world No. 1 team of Bob and Mike Bryan on their way to the final.

Klaasen has a 13–4 win-loss record in the Davis Cup as a member of the South African team.

He has an estimated net worth of $200,000 which he has earned as a tennis player.

Drop your queries regarding Raven Klaasen Biography below in the comment box.