He gained global recognition after he won an Oscar for his starring role in the film Tsotsi in 2006.

Presley’s most recent role is on the South African telenovela, The River as Thuso “Cobra” Mokoena. 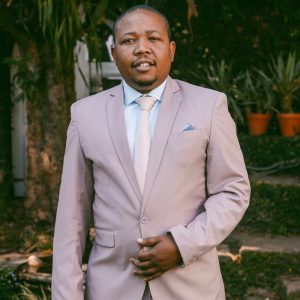 He was born in the North West Province of South Africa on the 19th of October 1984. Presley Chweneyagae is 36 years old as of 2020.

Presley’s mother was a police officer. Her name is Agnes Keagile and she gave him the name Presley after her favourite musician, Elvis Presley. He has three siblings.

The actor is married to a Swazi woman and they have three children together.

He attended a drama school owned by Mpumelelo Paul Grootboom, a stage director and playwriter. Although he had acted before in plays and community theatre projects, Tsotsi was his first feature film.

He made his TV acting debut in 2000 in Orlando for SABC TV. He was cast as The Poet in the 2006 mini-series When We Were Black.

He has an estimated net worth of US$600 000 which he has earned from his acting career as well as other endorsements deals.