Patrick Mofokeng (born 15 June 1969), is a South African actor popularly known for his role as King Sibiya on the television series, Zone 14.

He plays the role of Mandla Cele on 1Magic soapie, Lingashoni. 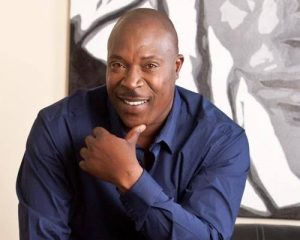 Mofokeng stands at an height of 5ft 2in.

He holds a Diploma in Drama and Speech from CAP Arts School in Cape Town.

He made his acting debut in 1997 with the television film Pride of Africa. He made a cameo appearance as ‘Village Hunter’ in Jackie Chan’s film Who Am I in 1998.

In 2008, he played the role of ‘Gerald Judge’ in the film Surprise. Meanwhile, for his performance in The Provider in 2007, he received the Golden Horn Award for Best Actor in a TV Drama. For the serial When we were black, he also won the award for Best TV Drama.

He portrayed ‘King Sibiya’ in the television drama Zone 14 in 2005. The job gained a lot of traction. Aside from that, he appeared in the television shows Backstage and Yizo Yizo, Scandal!, and Isidingo as a guest star. In 2020, he starred in the South African Netflix original series Blood & Water.

Mofokeng won the 2007 Golden Horn award for Best Actor in a TV Drama for his role in The Good Provider, at the second annual South African Film and Television Academy awards (SAFTAs).

Mofokeng has an estimated net worth of $500 000 which he has earned from his career as an actor.

Drop your queries regarding Patrick Mofokeng Biography below in the comment box.