In the eighth season of the SABC1 drama series Soul City, she played the role of Unathi. She also hosted the DStv gospel channel One Gospel. 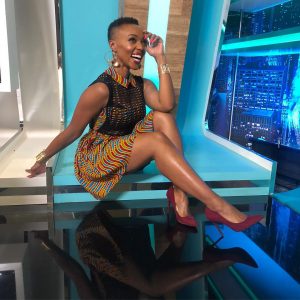 She has an estranged husband whose name is Ruan Adams. He is her son’s father and claims that her family does not allow him to see his son.

Pabi in May 2016, revealed that she was a married woman. It was actually a Secret intimate wedding. She gave birth to her son six months later.

She shredded some 10 Kilos from 75kg to 65kg. Her failed relationship pushed her to make some changes in her body and health system.

“I didn’t want to laze around at home anymore. I became aware that I didn’t have anything that was mine, that I enjoyed doing for myself. So I decided to go to the gym.”