Basetsana attended Thabisang Primary School. She was sent to school in Lenasia when Soweto schools became unstable in 1986.

She was crowned Miss Soweto and Miss Black South Africa in 1990 at the age of 16.

In 1994 she was crowned Miss South Africa and also became the first runner-up in Miss World that year. 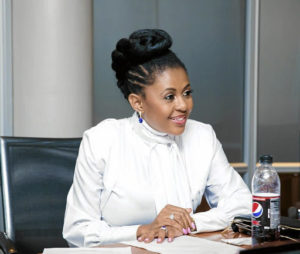 She started dating her husband Romeo Kumalo in 1997 and they got married in 2000.

In 2005 Kumalo gave birth to their first child, a boy named Nkosinathi Gabriel. In 2012, their second son, uShaka Kgositsile Emmanuel, was born.

Drop your queries regarding Basetsana Kumalo Biography below in the comment box.