Nthati Moshesh (born 28 August 1969) is a popular South African actress. She was nominated for Africa Movie Academy Award for Best Actress in a Supporting Role in 2016. 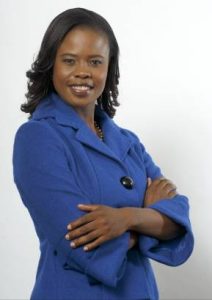 She was confirmed to be one of the cast members in the Mzanzi Magic soap Saint and Sinners in 2014. In 2015, s he starred as Ayanda, which premiered at the 36th Durban International Film Festival.

She also received her first AMAA nomination for best actress for her performance in the film. She was named best actress in a leading role at the 2016 South African Film and Television Awards.