She has been active in steel, telecommunications and finance for a very long time.

She has been CEO of the Dutch mining group, IchorCoal N.V since March 2014. 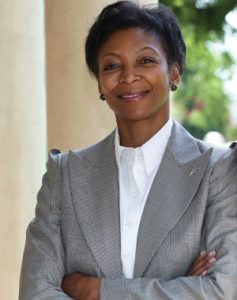 She is married to former minister of finance Trevor Manuel. She is married, has two children, and lives in Johannesburg.

Nku was the top student in South Africa in her Junior Certificate year and obtained exceptionally good results in science and maths.

She was awarded an Awarded Anglo American Corporation Open Scholarship after receiving her Senior Certificate.

Nku has an MBA from the Open University Business School in the United Kingdom.

She first started working in various positions with IBM in the United States and South Africa (1986–98), before she moved to Alliance Capital Management where she headed financial services.

Nku was appointed executive director of ArcelorMittal South Africa in 2008 where she spent six years. She joined IchorCoal as CEO in March 2014. Nku has also served on the boards of several other companies.

She has an estimated net worth of $1 Million – $5 Million (Approx.)