Sthandiwe Kgoroge (born 4 February 1972) whose real name is Sthandiwe Msomi is a South Africa actress known for her roles as twins Zinzi and Zoleka Mudau on Generations.

She also portrayed the role of accountant Siyanda Mazibuko in Isidingo, from 2005-2009.

Sthandiwe was also in Generations, series 5 and 7 of MTV Shuga and the mini-series MTV Shuga Alone Together, and the first series of Yizo Yizo. 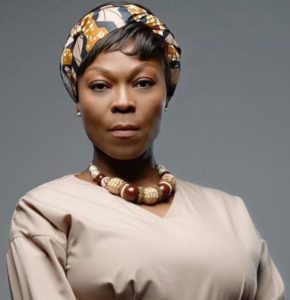 She is married to popular South African actor and producer Tony Kgoroge and together, they have children.