Minnie attended Northlands Girls’ High School. She then attended the University of Cape Town where she studied film, media, drama, and economics.

She made a guest appearance as Miranda on the film ‘Generations’ in 2010. This brought about her breakthrough and she had a leading role as Zintle Lebone on the film ‘The Wild’ in 2011.

In 2013, she later had a supporting role as Nosipho Bogatsu on the film ‘Rockville’.

Dlamini founded the Minnie Dlamini Foundation in 2014, a charity organization established with the aim of helping young South African girls have access to a good education.

In 2012 Dlamini appeared as a guest judge on SABC 1’s Turn It Out and co-presented Miss South Africa. In 2013 she co-hosted Soccerzone with Thomas Mlambo until in 2016 when the show’s format was changed by SABC 1.

She has since co-hosted several local and international award ceremonies including the 14th Metro FM Music Awards, 2016 Africa Magic Viewers Choice Awards, the PSL Awards, and the South African Film and Television Awards. 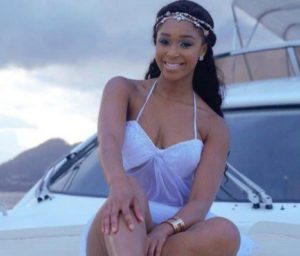 On the 16th September 2017, a white wedding held at Lourensford Wine Estate in Somerset West.

Her Father is known as Jabulani Dlamini while her Mother is Queen Dlamini.

She is believed to have an estimated net worth of $1.2 Million. She has not revealed anything about her salary yet.

Drop your queries regarding Minnie Dlamini Biography below in the comment box.