Kat Sinivasan (born 1 December 1990) whose full name is Katleho Sinivasan is a South African singer who was selected as one of the six band members on the second season of the SABC2 reality show Famous!, in 2007. 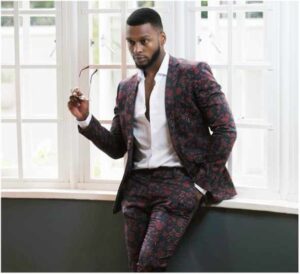 In 2007, he made his television hosting debut on SABC1’s YOTV, a children’s show. He also appeared in West Side Stories and Journey to a Dream, among other theatre productions.

Sinivasan played the character of Samir, a borderline con artist who preys on others, in the film Stolen Time, directed by the notorious columnist Eric Myeni.

In 2012, he co-hosted the second season of the SABC1 reality show Play Your Part with Mmabatho Montsho.

He became a co-host of the SABC1 breakfast show Mzansi Insider in 2013.

He has an estimated net worth of $200,000 which he has earned as a singer, presenter.

Drop your queries regarding Kat Sinivasan Biography below in the comment box.