He actually did not complete his degree as he was allegedly expelled for anti-apartheid activities. 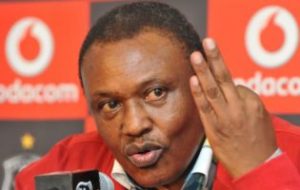 He is currently married to Matina.

He has a daughter named Sonono Khoza and two sons named Nkosana Khoza and Mpumi Khoza.

His daughter Sonono Khoza had a relationship with President Jacob Zuma and gave birth to his 20th child, named Thandekile Matina Zuma.

Another daughter of his, Zodwa Khoza, died in 2006 as a result of multiple organ failure at the Louis Pasteur Hospital in Pretoria.

He is believed to have an estimated net worth of around $10 million.