Loyiso Bala (born 22 September 1979) is a South African R&B artist known as a member of the kwaito group TKZee and with the Bala Brothers, featuring his brothers Zwai and Phelo. 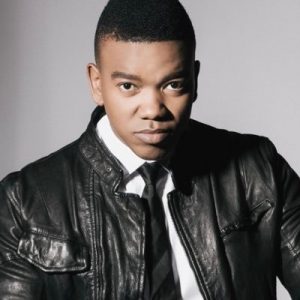 In 2011, he got married to his wife Jennifer Bala Odjidja and together they have three beautiful daughters.

He has performed at the 2012 Miss South Africa pageant and has been a presenter and performer at the South African Music Awards.

Loyiso was a contestant on the first two seasons of the reality competition series Tropika Island of Treasure in Mauritius and Zanzibar, and has performed as a guest performer on more than one season of the SABC2 musical game show Noot Vir Noot.

He was a judge on the kykNET reality competition series Varsity Sing in 2016, in which South Africa’s top university choirs compete in a knock-out style to be awarded the finest university choir.

He has an estimated net worth of $400,000 which he has earned as a musical artist.

Drop your queries regarding Loyiso Bala Biography below in the comment box.