Gugu Gumede (born 10 December 1992) is a popular South African actress that is best known for acting as Mamlambo on SABC1 soapie drama Uzalo.

She studied drama in the USA. Her landed role is actually the opposite of her real-life personality, though it may still share some similar characteristics with her. 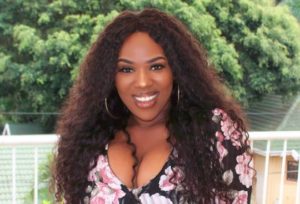 She is the daughter of the National Freedom Party leader, Zanele KaMagwaza-Msibi.

Gugu’s father was chief Hulumeni Simon Gumede and he served as a member of the KZN legislature and was also a member of IFP. He died in a car accident in the year 2007.