George Lebese (born 3 February 1989) is a South African international footballer who plays as a left-winger for Colorado Springs Switchbacks FC in the USL Championship. 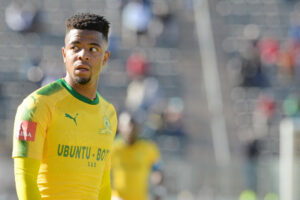 Born in Mamelodi, Lebese spent his early career with Jusben, Khona Lapho and Arcadia Shepherds. Lebese joined Kaizer Chiefs ahead of the 2008–09 season.

He signed for Mamelodi Sundowns in August 2017. He spent time on loan at Supersport United before being released in September 2019. He moved to American side Colorado Springs Switchbacks for the 2020 season.

He received his first call-up to the South African national team in November 2011, making his international debut against Ivory Coast on 11 November 2011.