FW de Klerk (born 18 March 1936 in Johannesburg) is a South African politician and the former South African State president who served from 1989 to 1994.

He was also the Deputy President from 1994 to 1996. He was the 7th and the last head of the South Africa state under the apartheid era. 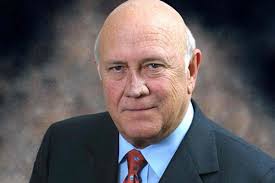 He has three children from his first marriage to Marike Willemse one daughter and two sons who are Susan de Klerk, Willem de Klerk, and Jan de Klerk.

He has an estimated net worth of about $46 million making him stand amongst one of the richest politicians in South Africa.