Deborah Fraser is a South African gospel vocalist born in 1966 in KwaMashu, South Africa. She started as a backing singer in 1985 and recorded her own album in 2000, titled Abanye bayombona. 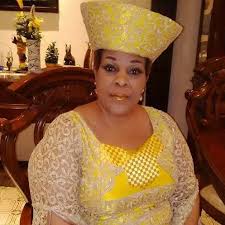 She was married to Nigerian pastor Sockey Okeke of Macy Chapel but their marriage came to an end. Deborah alleged that the man was subjecting her to Satanic abuse.

Deborah Fraser’s widely publicised marriage to a Nigerian pastor has hit turbulent waters – hardly a year after the couple got married in a traditional wedding.

Sowetan can exclusively reveal that the award-winning singer has lodged a case of domestic violence against her new husband, Sockey Okeke.

This after the founder of the Mercy Chapel, a church in Yeoville, Johannesburg, allegedly assaulted the country’s top gospel singer at their plush house in Bez Valley in eastern Johannesburg.

The incident comes two months after the couple was featured on the cover of a weekly magazine with Fraser, 42, saying Okeke was “a wonderful husband and a good man” and that they were planning a white wedding later this year.

In the same interview Fraser said: “Gone are the days when women tolerated nonsense. If you pinch me, I can pinch back.”

But now she has run to the Johannesburg family court where she was granted an interim protection order. The order prohibits Okeke, 43, from “abusing her physically and emotionally”.

The assault case against Okeke was postponed last Thursday after Fraser failed to pitch.

A court official told Sowetan: “Deborah phoned saying she was going to bury her mother in KwaZulu-Natal. We are waiting for her so that we can set a new court date.”

When contacted Fraser said she was not prepared to discuss her private life in the newspapers.

“I don’t know what you are talking about. Let your source tell you everything because he seems to know more about me,” she said.

Okeke said he would only discuss the matter after finishing his 41-day fasting period.

Drop your queries regarding Deborah Fraser Biography below in the comment box.