Bongani Zungu (born 9 October 1992) is a South African international footballer who plays for Scottish club Rangers. He is arguably one of South Africa’s best midfielders of all time. 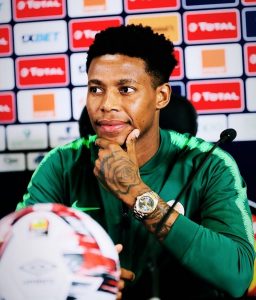 The Bafana Bafana midfielder was engaged to Khanyi Cele but split amidst a cheating scandal on Bongani’s side.

Zungu started playing professional football for Dynamos in the National First Division. From there, he moved on to join AmaTuks after he was noticed by Coach Steve Barker of AmaTuks.

He joined the club at the start of the 2012–13 season and helped the team finish top eight in the club’s debut campaign in the PSL. Zungu joined Mamelodi Sundowns in a swap deal at the end of the season.

His impressive performance at Sundowns opened the doors for more opportunities and in 2016, he joined Vitória Guimarães SC B in Portugal.

In 2017, Zungu moved over to Ligue1 side Amiens SC in France to the displeasure of the Guimarães fans. In January 2020, he made a move to Real Mallorca I’m Spain after the two clubs agreed on a €500 000 (R8 million) six-month loan fee with an option to make the deal permanent for €5m (R80m) at the end of the season.

Zungu made his debut for South Africa in a 2–0 win against Burkina Faso on 17 August 2013. He scored his first international goal against Swaziland on 15 November 2013, with South Africa winning 3–0.

He has an estimated net worth of $3 million which he ahs earned as a professional footballer.