Hanneli Rupert is a South African entrepreneur who is the founder and director of Okapi, a luxurious handbag line. She is also the Creative Director and Buyer of Merchants on Long. Hanneli had her Bachelor of Arts in Painting from the Wimbledon School of Arts.

In 2010, Hanneli Rupert opened the concept store Merchants of Long to showcase the artisanal talents of Africa. 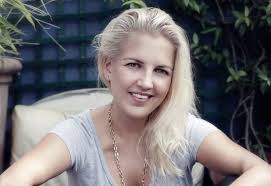 She is the daughter of Johann Rupert who is a South African tycoon and Gaynor Rupert. She is a sister to Anton Rupert Jr and Caroline Rupert.