Angelo Agrizzi is a former Bosasa executive who previously served as the chief operating officer for the South African company. 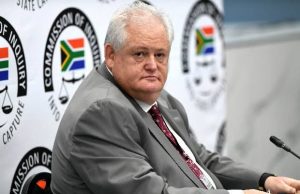 Bosasa is controversial for its involvement in corruption allegations exposed during the Zondo Commission of Inquiry.

Agrizzi is married to Debbie and has a son named Giancarlo Agrizzi.

Agrizzi is known to be wealthy with a luxurious house within and outside South Africa. He also owns a lot of exotic cars. He has an estimated net worth of $2 million

Angelo Agrizzi, testified to the Zondo Commission that the company was extensively involved in corrupt activities during the presidency of Jacob Zuma that directly implicated then President Zuma and his associates. These involved monthly payments of R300,000 collected on behalf of Zuma by former South African Airways chairperson Dudu Myeni.

It is also involved donations and kickbacks to the African National Congress (ANC) and key party members including a R500,000 donation to Cyril Ramaphosa during his 2017 campaign for president of the ANC. Agrizzi also claimed that government minister Nomvula Mokonyane was paid R50,000 a month for years to protect the company from law enforcement agencies and that the company paid R300,000 for security upgrades to properties owned by Gwede Mantashe.

Agrizzi also provided evidence showing that important individuals, Nomgcobo Jiba and Lawrence Mrwebi, involved in investigating BOSASA were also being bribed by the company so as to avoid prosecution.

The former Bosasa COO has been granted bail by the Gauteng High Court in Johannesburg. The judge granted Agrizzi bail equal to the full value of his property in Italy at the time of purchase.

Agrizzi is facing fraud and corruption charges He is accused of bribing influential individuals, including Vincent Smith, the then chairperson of Parliament’s correctional services committee.