Bheki Sibiya (born 1973) is a South African producer, director, cinematographer, and actor known for his role as Bheki Sotobe on the SABC2 soapie Muvhango. 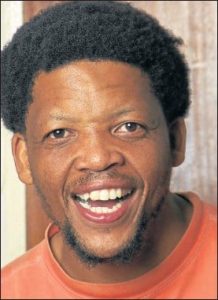 In 1997, he graduated from Natal Technikon (now known as Durban University of Technology) with a diploma in Speech and Drama and afterward took part in a film course at AFDA.

In January 2019, he won his first starring role in the Mzansi Magic drama series eHostela, which premiered on Mzansi Magic.

He has been in the sitcoms Going Up and Sorted, as well as the police procedural drama Zero Tolerance on television.

He is also a co-owner of Sobalili Productions, a production business that produces short films, documentaries, and dramas for the e.tv anthology series eKasi: Our Stories.

He has an estimated net worth of $300,000 which he has earned as a producer, director, cinematographer, and actor.

Drop your queries regarding Bheki Sibiya Biography below in the comment box.