Shamilla Miller (born 14 September 1988) is a South African actress known for her role as Ayesha Ibrahim, the underdog in a group of student friends living in Muizenberg, in the SABC1 youth drama series Amaza. 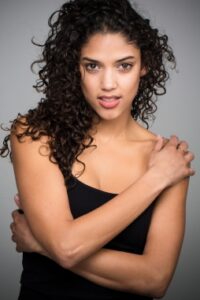 Shamilla began attending Hottentots High School in 2001 and graduated in 2005. She then went to the AFDA Film School in South Africa to study Motion Picture and Live Performance.

Based on her Instagram posts, she is believed to be in a romantic relationship with Clifford Joshua.

She appeared as a guest star in the second season of SABC1’s comedy-drama series Forced Love in 2015.

She auditioned for the BET reality show Top Actor Africa in 2016, competing against other hopefuls from around Africa, and making it to the Top 12.

Drop your queries regarding Shamilla Miller Biography below in the comment box.