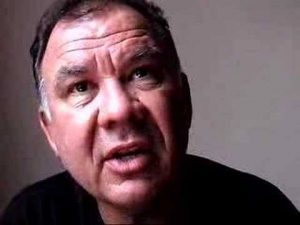 In the late 1970s and early 1980s his early career as a musician was destroyed by Paul Erasmus of the South African Bureau of State Security, because the lyrics to Lucey’s protest songs were considered a threat to the Apartheid State.

Lucey has recorded five albums of his own songs. He has composed music for several documentaries and plays, and has toured Namibia and South Africa playing guitar, keyboard, saxophone, flute and percussion.

Extensive work as voice artist on commercials and documentary films. Actor on commercials, both local and international, and performer in films, drama series and plays. Worked with Nicolas Ellenbogen and Theatre for Africa.

Writer of two plays for Theatre for Africa; “The High Cost of Living” directed by Andrew Brent, and “Newsroom” directed by Nicolas Ellenbogen. Both premiered at the National Arts Festival, Grahamstown. Writer of several articles on news related stories.

An article on the conflict in Chechnya (published in “Playboy” magazine) was nominated for a Mondi award. Arts correspondent for Cape Etc., a lifestyle magazine based in Cape Town. Wrote a chapter in Shoot the Singer!: Music Censorship Today.

Roger Lucey’s book, Back in From the Anger, was published in 2012 by Jacana Media. It recounts his experience as a young musician in South Africa during the 1970s and 80s.

Lucey donated his archival material including photographs, vinyl records, letters and documents, to the Hidden Years Music Archive, preserved at the Documentation Centre for Music, Stellenbosch University in 2017.

Lucey has an estimated net worth of $400 000 which he has earned from his career.